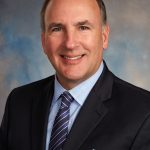 A graduate of Arizona State University, Dougherty is an accomplished hospitality industry professional with more than 25 years of experience in private club management. He has previously managed numerous prestigious golf and country clubs throughout the United States and the Caribbean, including the Dominion Golf Group in San Antonio, Texas, and Indian Wells Country Club and Stone Eagle Golf Club, both in California.

Miromar Lakes Beach & Golf Club has received more than 170 local, regional, national and international awards including the Gold Award for #1 Community in the United States from the National Association of Home Builders, the only Florida community in history to win this top honor. Miromar Lakes Beach Clubhouse also received the Gold Award from the NAHB for the Best Clubhouse in the United States. No other community has ever won both awards.